So your first book has been accepted for publication: congratulations! You’ve been through edits, the cover is chosen, and it’s about to go off to the printers. In the next few months your face will be all over television and you’ll be getting daily bank deposits of thousands of dollars. Right?

All authors’ experiences are different, but we (Jane Rawson and Annabel Smith) thought you might like to know what we’ve learned about the period just before and after your book hits the shelves.

Jane: Recently my fourth book – a novel – was published. I’m with a small independent publisher, and they’ve previously published another novel of mine, and a non-fiction book about climate change that I co-authored with an environment journalist. My other book, a novella, was published by a different, even smaller independent publisher. None of my books has been published outside Australia, and I’m not represented by an agent.

Annabel: I published my first two novels with small independent publishers. My second novel was sold by my West Australian publisher to a small(ish) independent publisher in the US, where it has gone on to sell more than 60,000 copies. My third book, an interactive digital novel/app was self-published. I am currently in talks with a North American agent in relation to my fourth novel, the first in a trilogy.

Issue #1: Getting a blurb

Often, publishers will ask you to find someone famous-ish to say something kind about your book that they can stick on the front cover. When it’s your first book it can be tricky, because there’s a good chance you don’t know anyone famous-ish.

This is where you have to put your shyness and shame aside. Call in some favours. Ask friends if they know anyone. Google contact details of people you’d like to blurb your book. Hit people up on twitter. And ask everyone – it’s embarrassing, sure, but you just have to do it. Eventually someone will say yes. When they do, send them the manuscript as promptly as you can to give them the maximum possible time to read it – if it’s a rush they’re more likely to decline – and be clear about when you need to get a blurb back.

For my first novel, which I wrote as part of a PhD, the blurbs were drawn from the examiner’s reports. For my second novel, I asked two writing colleagues to blurb for me, and to my delight, they both said yes, largely, I suspect, because I had fostered relationships with them over several years. When I was self-publishing The Ark, I made a wish-list of seventeen authors whose books I admired and whose works had something in common with mine, emailing each of them with a customised request. Here’s an example, of the email I sent to Hugh Howey:

I am writing to ask you a favour, but one which I hope might give you some pleasure. I wonder if you would consent to reading my novel THE ARK with a view to providing a cover quote (assuming, of course, the content appeals).

My first novel, A NEW MAP OF THE UNIVERSE (UWA Publishing) was shortlisted for the Western Australian Premier¹s Book Awards in 2007, and my second novel WHISKY CHARLIE FOXTROT (Fremantle Press) was released last year to critical and popular acclaim.

THE ARK: In the very near future, when the world as we know it implodes, a group of scientists and their families retreat into a bunker inside Mount Kosciusko, alongside five billion plant seeds which hold the key to the future of life on earth. Due to be selfpublished in February 2012 THE ARK explores the darker side of human nature in the wake of environmental catastrophe, and the story is told through a collection of digital documents including web pages, blog posts, emails, text messages and conversation transcripts.

I often describe THE ARK as ‘Wool meets Super Sad True Love Story’. I believe it would appeal to readers of relationship-driven quality speculative-fiction exactly like the Wool series. I discovered your work via your interview on the self-publishing podcast in September last year and have since been an unashamed torchbearer for the series, eagerly awaiting Dust and the revelation of what happens to Juliette. To have your endorsement on the cover of THE ARK would significantly help with the book being discovered by the right audience and would mean a great deal to me. I’m sure you receive many requests of this kind and I know you are working on the next Molly Fyde book, therefore I understand if it is not possible for you to assist with my request. But, at only 55,000 words THE ARK is just a little dumpling of a book and if, by chance, you are amenable, I can provide you with a hard or soft copy of the manuscript immediately. I need a cover quote by the end of October 2013.

Some sample pages are attached to give you a sense of its flavour. I look forward very much to hearing from you.

To my utter astonishment, Hugh Howey replied to my email the very same night! Here is what he wrote: ‘I love the premise of this, and you can flat-out write! I was hooked by the very first document. It took a ton of creativity to put all these found pieces together, and the presentation is top-notch’.

How nice is that? He told me he wouldn’t have time to read the whole ms for some time so I sent it to him and waited. Meanwhile, of the other 16 authors, around half politely (and sometimes encouragingly) declined; the other half: *crickets*. At this time my printing deadline was drawing near and I really felt like I needed Hugh Howey’s endorsement, but after his initial enthusiasm, he hadn’t responded to any of my emails.

After much deliberation, I wrote him one final email, informing him that I would be quoting his email on the cover of my book, unless advised otherwise. As expected, I didn’t hear back from him, so the quote went on the book. I felt weird about it, because I didn’t feel that he’d technically given me permission. At the same time, I had done all I could to allow him to stop me from using the quote, if he didn’t want to endorse my book.

For the publication of Whiskey & Charlie in the US, things were a lot less complicated. My publisher secured amazing blurbs from two New York Times bestselling authors, including Australia’s own Graeme Simsion. Huzzah! 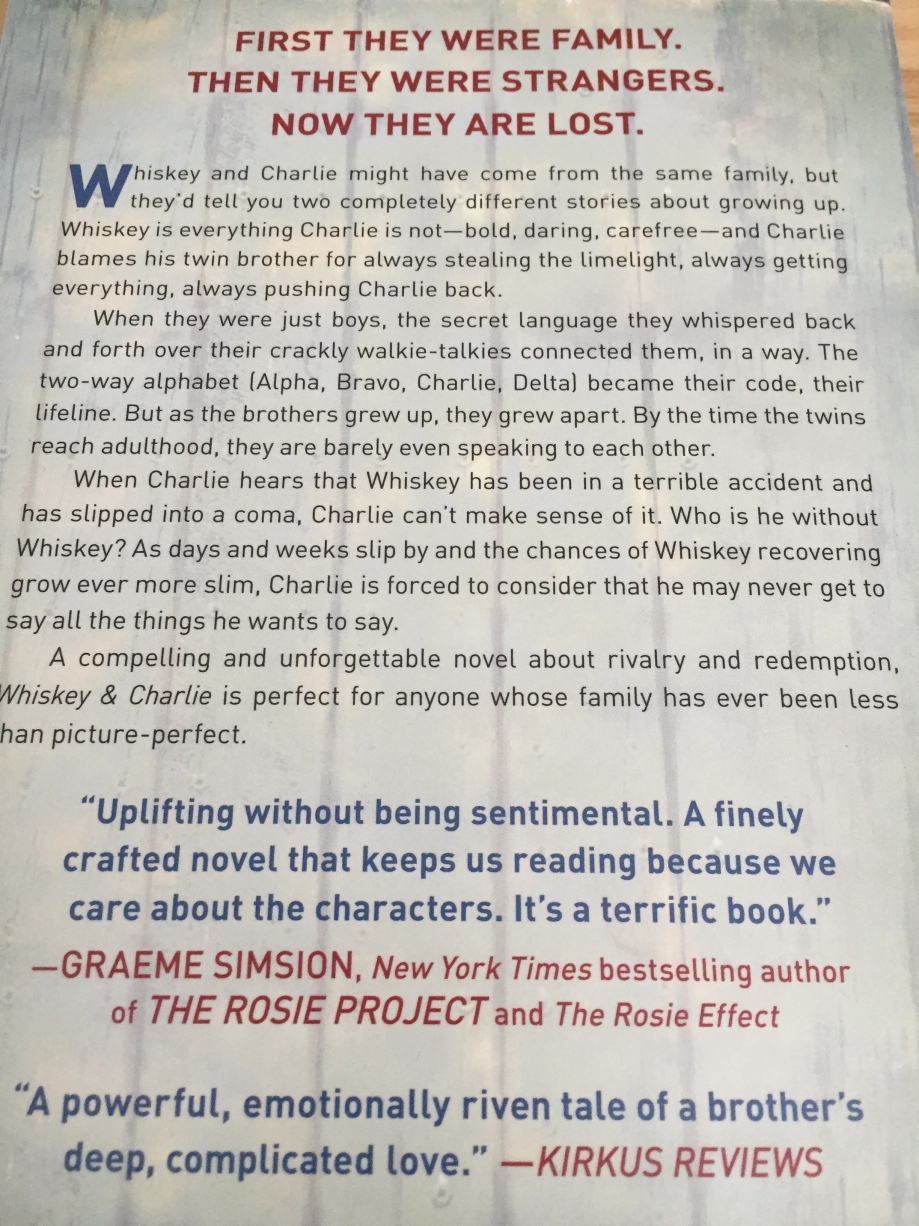 A wrong turn… was my first novel and I was pretty terrified when the publisher asked if I knew anyone who might blurb it. I’d just finished reading Dave Graney’s bizarre and brilliant memoir(ish), 1001 Australian Nights and I utterly loved it. How cool would it be if he blurbed my book? Luckily I knew one of my friends knew him, so I asked if he could ask, and Dave (miraculously) said sure, he’d love to read it. I was also lucky that another friend is good mates with Steven Amsterdam, and Steven’s Things we didn’t see coming was a huge influence on my early work. Steven also said he’d have a read, as long as it was OK if he said no once he’d read it. Of course it was OK if he said no. Luckily he didn’t say no. [Annabel’s note: Steven Amsterdam was one of the writers who declined to blurb The Ark, which illustrates that people might accept or decline based on a range of factors, including timing, connections etc so it’s always worth a try.]

For my most recent book, From the wreck, I asked all kinds of people who were really unlikely to ever reply to my email, let alone say yes.

Here’s the kind of email I sent out.

I am hoping you can pass on a request to one of your authors, Peter Carey. Does Mr Carey consider writing ‘blurbs’ for other authors’ novels? I know it’s a long shot, but ‘The Australian’ has kindly compared my writing to his earlier work so I thought I would get in touch.

My next novel, ‘From the Wreck’, will be published in Australia by Transit Lounge in May 2017. This is the publisher’s description:

“Jane Rawson’s From the Wreck (May 2017) tells the story of George Hills, who survived the wreck of the Admella steamship off the South Australian coast in 1859. He is haunted by the  spirit of a fellow survivor, Bridget Ledwith. Both real and transformative this is a novel imbued with poetry and feeling: a woman from another dimension seeks refuge on Earth and a little boy holds the entire history of another planet in his head. Like Walter Tevis’s The Man Who Fell to Earth it evokes an existential loneliness.”

I am a huge admirer of Mr Carey’s writing and would be immensely flattered if he would consider reading the manuscript.

Peter Carey’s agent told me he doesn’t blurb books. George Saunders replied, but said ‘no’ in his extremely polite way. Ali Smith and Kevin Barry and Jenny Offil’s agents didn’t reply. I also hit up a couple of my twitter followers, including amazingly imaginative author Lian Hearn, who I knew had liked A wrong turn… Lian said yes. And then she wrote me this amazing blurb.

And if you’re wondering whether there’s anyone too famous to ask, the answer is ‘no’. Mel Campbell and Anthony Morris searched high and low for someone to blurb their new novel, The Hot Guy, and nothing was working. Then they found out one of their friends used to be friends with Luke ‘The Other’ Hemsworth. 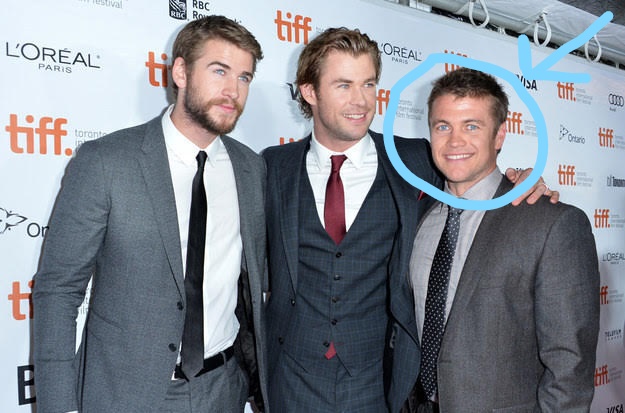 They asked him to ask Luke if he would blurb their book. Not only did he say ‘yes’, he sent this:

If I was made to read one book for eternity it would be Lord of the Rings. This would be my second choice.’ – Luke Hemsworth

So in summary: Be brave! Get blurbed!

22 thoughts on “What to expect when you’re expecting a book: #1 Blurbs”